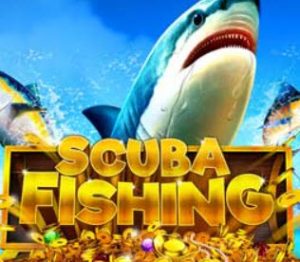 Scuba Fishing Slot is an online slot machine that has Real Time Gaming as its software provider. It is made up of three reels and twenty-seven means of winning. The minimum bet is 0.20 dollars and the maximum bet is one hundred dollars.

Real Time Gaming has launched another slot machine that is called Scuba Fishing and from the name the theme of the game will be about fishing. The developers have incorporated this act into a way of making cash for players. It is made up of three wheels although it is not the same as the classical three wheeled slot machines. Players will need to land some special icons which will contribute to their winnings. Scuba Fishing Slot is made up of twenty-seven means of winning and the maximum payout is up to five hundred and forty times the bet. Therefore, the players can earn up to fifty-four thousand dollars after using the chances provided. There are other features that contribute to the winnings such as free spins session, respin, and sticky wilds.

The players are provided with up to twenty-seven means of winning. The minimum amount that can be staked per line is 0.20 dollars and the maximum amount is one hundred dollars. Players have the choice to adjust the values to what suit their taste and the amount you staked will determine you payout if you emerge as a winner. Players can be awarded twenty times their stake for using a means of winning and it amount to two thousand dollars. Using all the means of winning, the player will be awarded five hundred and forty times their bet which amount up to fifty-four thousand dollars.

Nowadays five wheeled slot games are common whereas the three wheeled ones were common in the past. For players that have been playing for a very long time it will not be a new thing to them. There are wheels positioned consecutively and they contain icons that are expected to land at a specific position. Three times three times three equals twenty-seven which is the means of winning for this slot. That is how you can determine the winning combinations when playing slots.

Among the icon that contribute to the winning of the players is the wild and it is wildly represented by a shark. It only showcase on wheel two and can also activate the respin sessions. The wild can also become expanding wild thereby covering the whole wheel whereas the remaining two wheels will initiate free respins. The wild can form winning combinations when it appear with another regular icon to match on wheels one and wheels three.

Scuba Fishing Slot contain amazing graphics, designs and the theme of the game does not only centered on fishing. A lot of icons are present on the wheels that contribute to the winning of the players. They include the wilds which is the shark, swordfishes, starfishes, tunas, and other things you are going to find in that kind of habitat. This three wheel slot is not in the same category as other traditional three wheeled slot. It is way above them in terms of quality and what it offers.

Scuba Fishing Slot is worth trying out coupled with the fact that real time gaming are notable for developing quality slot machines. Also, the game can be played by every caliber of players and it has a decent payout. There are some icons that contribute to the winning of the players when landed and some also give multipliers.

The provider of the game is Real Time Gaming and it contain twenty-seven means of winning with three reels. The maximum payout is fifty-four thousand. Minimum bet is 0.20 dollars and the maximum is one hundred dollars per spin.